At 94, Kwar Adhola shows he still is a man for all seasons 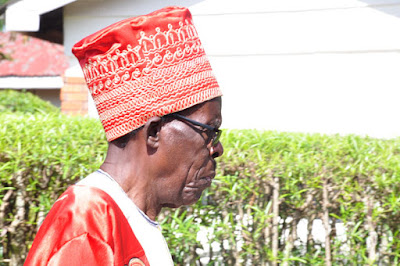 HIS Royal Highness, Kwar Adhola, Moses Stephen Owor was born to the late Mzee Wilbrod Othieno and Norah Nyanganda, a daughter of Chief Majanga, at Nagongera in 1926.

He started his early schooling at Nagongera Primary School , from where he proceeded to St. Peter’s College Tororo for his early secondary schooling. He thereafter joined Namilyango College for further studies.

He joined the Civil service in 1950 and rose through the ranks to become Permanent Secretary in the then Ministry of Labour and retired from Government Service in 1977. During the period of his service in government, he attended various career development training and courses in UK, Denmark, Sweden and USA.

He was also among Uganda’s delegates to the International Labour Organisation Conferences held in Geneva, Switzerland for over 10 years. Upon retirement, he served the Federation of Uganda Employers as Executive Director, up to 1979, from where he joined the International Labour Organization (“ILO”) based in Nairobi, Kenya as Chief Technical Advisor from 1980 to 1983. Upon his return to Uganda, he served on a number of boards of public bodies and committees. He was among others, Chairperson of the Boards of Kilembe Mines Ltd and Produce Marketing Board.

He served on various other committees of government such as that one which made in 1987 recommendations to rationalize the public service of Uganda, while at the same time pursing his own businesses.

When government allowed cultural institutions to operate according the law and norms of various peoples in Uganda; the Jopadhola clans elected him the first “Kwar Adhola” - (Grand father of the Adhola people) in 1998 under the auspices of the Tieng Adhola Cultural Institution (“TACI”), which institution brings together all the Clan leaders of the Clans of Jopadhola, and whose Motto is Unity, Peace and Development.

Earlier in 1998 an electoral college of the 52 registered clans of Padhola elected the new leader by consensus, thus giving rise to a leadership without a loser but all winners.

This was a manifestation of emerging unity for the Jopadhola. Hitherto each clan separately had its own clan leader called Kwar Nono (clan grandfather). And whereas the clan leaders had close association on account of common origin, none of them superintended over the others.

The new cultural leader was given the title Kwar Adhola (grandfather of the Jopadhola), and the new Union of the original and affiliated clans was christened Tieng Adhola Cultural Institution with the motto Unity, Peace and Development.

His Royal Highness has also strived to serve humanity in other spheres. He was Charter President of Tororo Rotary Club, Member of board of Governors of St. Anthony Hospital, Tororo, the Benedictine Eye Hospital, also in Tororo and St. Peter’s College, Tororo. He has several children, serving the society in various public and private capacities.

He is a founding member and key person in Uganda's King's and Cultural Leaders Forum. ( CLICK TO SEE watch him speak recently in Kampala - November 25, 2020)