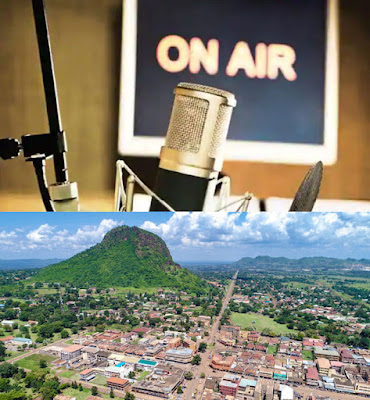 A turbulent year 2020 will only slow but not stop an idea whose time has come - that is Tororo Broadcasting Network Limited's Tororo RockCity Radio.

That was the end-of-year message from Geresom Okecho-Ochwo, co-chair of the committee in charge of the radio project, as he acknowledged they will not be able to live to their promise of being 'on air by December 31, 2020'.

"There have been several delays to our plans, but I can now confidently say that  all the equipment for RockCity will be ready for delivery in Tororo town on the 3rd week of January 2021," Okecho-Ochwo said in his end-of-year message released today.

The new target now, he indicated, is to have all equipment, and studios set up in Tororo district by Easter, and go LIVE before the new financial year starts.

In 2021, Easter will fall on Sunday, April 4, which is earlier than this year, with Easter Sunday falling on April 12. Good Friday will fall on Friday, April 2, Good Monday will be Monday, April 5, and Ash Wednesday will take place on Wednesday, February 17.

"The year 2020 had many challenges, with the COVID-19 pandemic ranking top most - cause for several months of lockdown and hence interrupting many activities and instilling fear among the populace; we lost many people, including secretary to our committee - Rt Hon Mboti - very sad," said Geresom in his end of year message.

He added that, however not all was lost. "On a positive note, despite the nasty experience, we achieved unity of purpose that enabled us to collectively pool resources first to heed government appeal during lockdown to alleviate the plight of the vulnerable. We mobilized close to Sh46m in cash and kind for this purpose. Secondly, we embarked on an ambitious project to establish  the TACI radio/media - Tororo Broadcasting Network limited," he said.

"We, members of the radio committee, have been greatly humbled by your great response and commitment financially, materially and otherwise towards this project. our target was to have tbn switched on by 31/12/2020. this was not possible for the following reasons:

1. We were short of funds to pay 50% and 10% balance on transmission and studio equipment.

2.  Although delivery of studio equipment was ready by 18/12/2020 and 90% (cif ebb) paid we wanted to ease clearance and minimize transportation cost to Tororo by having transmission & studio equipment delivered at ebb at the same time.

3. UCC committed to allocate frequency to us in early January 2021.

He explained that, "We would like you to take note that both equipment will be ready for delivery in the 3rd week of January 2021....therefore, as we wish you a blessed new year 2021, we make earnest appeal to each one of us to keep our dream alive. We need RockCity on air soonest. remit your contribution through the bank or via treasurer's mobile money account.

Geresom concluded, "God bless us all as we strive to better the lives of our kith and kin through the radio project."

📌  KWAR ADHOLA: Our people are praised for being hardworking. Now is the time for the Jopadhola, each of them, to show what they are capable of.

📌 TACI fundraising plan includes raising Sh12 million from each of the 52 Jopadhola clans, and also from Ugandans nationally and abroad

Early this month, the Adhola Cultural Institution (TACI) has sent out an urgent appeal to well wishers to help plug a sh33million deficit, which if done, would have ensured the radio equipment is secured by Christmas.

"We have reached a very critical stage in our TACI media and radio project which we have been pushing since June 2020. The studio equipment we ordered will be ready for shipment. We however need to pay the balance," said treasurer Constant Othieno Mayende then.

The TBN fundraising committee last month  made a deposit of about UGX 57,600,000 (being 50% of the FOB cost of the radio transmitter and studio equipment).

" This is therefore an appeal to the Jopadhola and well wishers to urgently consider contributing towards this cause. We shall be glad to receive money from those fulfilling their pledges and those making new or additional contributions. This is the time to stand up and be counted as Jopadhola," Mayende said. 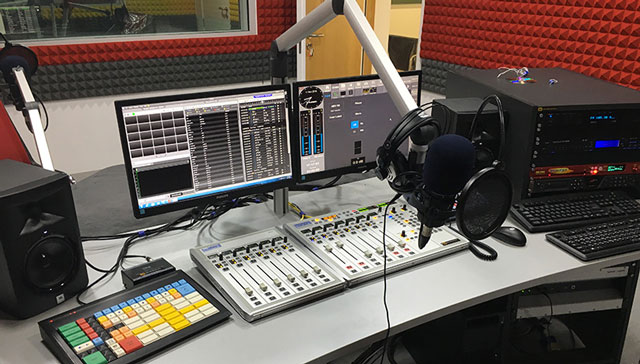 Tororo Broadcasting Network Ltd signed a deal with a European radio and TV manufacturing company to secure top of the range transmission and studio equipment.

The TACI Jago (Prime Minister) Obbo Richard Josel early this year handed the task of raising sh600million for the TBN project to a committee of 31 eminent persons led by Okecho and Usher Owere.

Okecho-Ochwo asked members of the community the radio will serve in Uganda, Kenya and Tanzania, and all well wishers in the diaspora, to support the project. It will be the first full-time Jopadhola radio to hit the airwaves.

"It was agreed that a radio, owned by the community would not only serve as a voice for unity and development of Padhola, but also act as springboard for other development initiatives under TACI," said Okecho.

He stated that while Padhola faces many social economic challenges, TACI resolved to prioritize radio as a developmental tool, to inform and educate, and promote her own, and government programmes. It will in addition create employment for the youth, women and men both directly and indirectly.

The radio fundraising committee in September officially received a house offered by Ambassador Bernadette Olowo- Freers at Tororo central business district. It is being repurposed and wired to host the radio.

This offer will offset a budget of sh6m annually in rent.

Okecho said costs (UCC license) involved to the tune of Sh45 million have been pledged by the area MP, Apollo Yeri. "What is required immediately is money to procure radio equipment  about Sh100m and installation costs of about (sh50 million)."

Several items were auctioned, including Kwar Adhola's portrait and a beautiful Tororo Rock (Tele Tororo ) portrait. Over Sh22 million was raised in pledges and  cash. 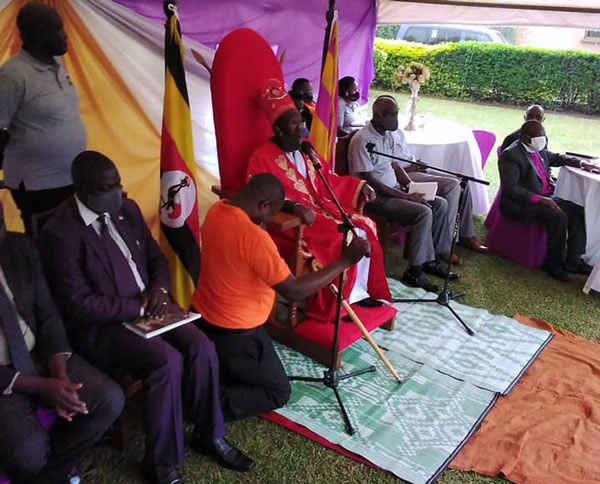 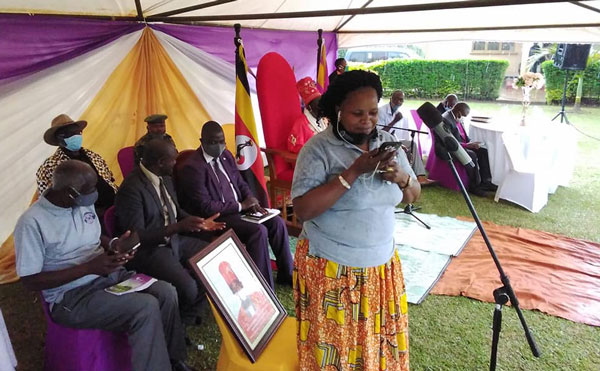 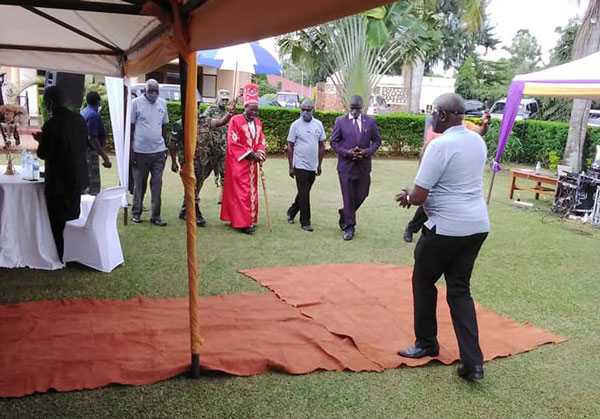 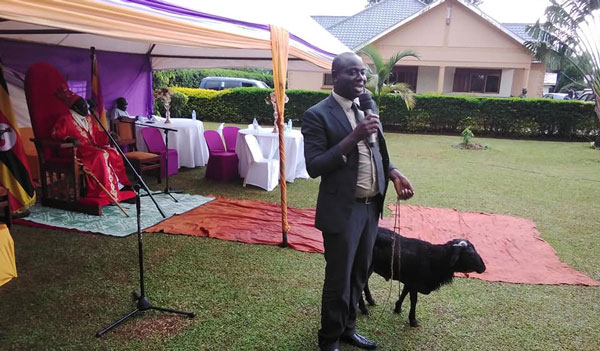 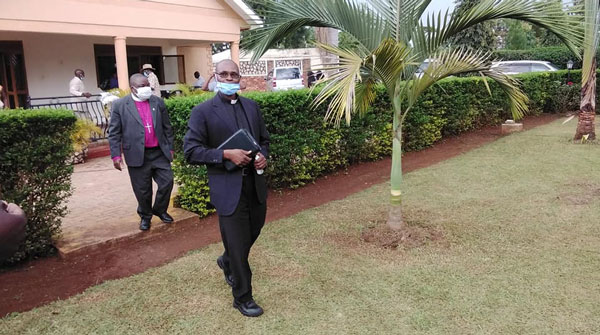 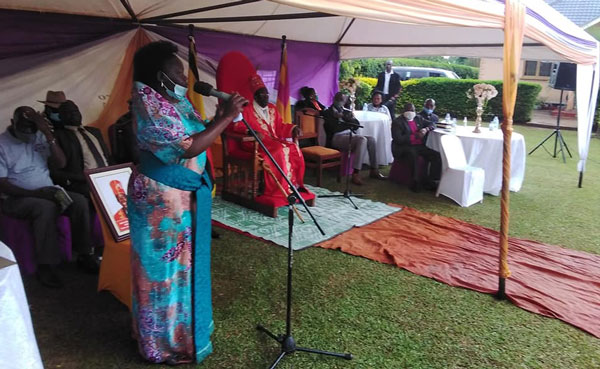 Kwar Adhola Moses Owor challenged the clans to spearhead the drive to mobilise support for the radio (click to view video), which he said will be their main vehicle for communication.

"Our people are praised for being hardworking. Now is the time for the Jopadhola, each of them, to show what they are capable of," Kwar Adhola said.

"This radio will be used to tell our people the truth, spread development plans and cultural news. I urge you all to contribute as everyone is capable of making a contribution to grow Padhola," he said.

The fundraising plan includes raising Sh12 million from each of the 52 Jopadhola clans, and also from Ugandans nationally and abroad,  plus solicit for funds from various institutions and development partners.

"I expect every clan leader to support this effort. How can you be a leader of a clan, and you are not part of this project intended to develop your people. We will start asking, are you part of us, or you are the leader for other reasons....should we consider picking a new clan leader therefore?" Kwar Adhola said.

TACI have also included a GoFundMe initiative (GoFundMe ) online as one of the ways to raise funds. It is organised by Prof Robert Owor at Albany State University.